Language and World: a Defence of Linguistic Idealism 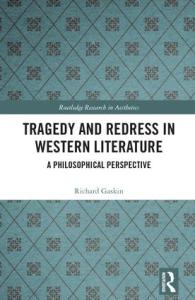 Tragedy and Redress in Western Literature

This book offers a unique interpretation of tragic literature in the Western tradition, deploying the method and style of Analytic philosophy. Richard Gaskin argues that tragic literature seeks to offer moral and linguistic redress (compensation) for suffering. Moral redress involves the balancing of a protagonist’s suffering with guilt (and vice versa): Gaskin contends that, to a much greater extent than has been recognized by recent critics, traditional tragedy represents suffering as incurred by avoidable and culpable mistakes of a cognitive nature. Moral redress operates in the first instance at the level of the individual agent. Linguistic redress, by contrast, operates at a higher level of generality, namely at the level of the community: its fundamental motor is the sheer expressibility of suffering in words. Against many writers on tragedy, Gaskin argues that language is competent to express pain and suffering, and that tragic literature has that expression as one its principal purposes. 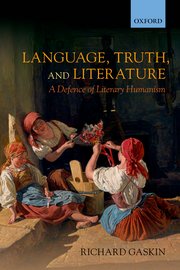 Language, Truth, and Literature: a Defence of Literary Humanism

The Unity of the Proposition

Experience and the World’s Own Language: a Critique of John McDowell’s Empiricism

The Sea Battle and the Master Argument: Aristotle and Diodorus Cronus on the Metaphysics of the Future